I live in a small town called Strakonice in the South Bohemia region oft he Czech Republic. The town Strakonice is sometimes called the town of bag pipers. The International bag pipe festival takes place there every other year – and it is a really nice thing to see. As we, Czechs, are a biggest producers and consumers of beer in the world, I must not forget to mention the brewery there, tourists can try a guided tour to see how the beer is being made and of course have a glass of chilled final product, too. There is a nice castle and a chateau, too, witnesses of our history. Life in Strakonice is almost like living in the countryside as it´s neve too far to the woods, meadows, rivers and mountains –Šumava forest (Bohmerwald) is just behind the corner.

Well, we are a quite small country right in the middle of Europe but we have a lot to offer. I love our history and traveling around the Czech Republic. What might surprise people is how rich our culture and history are and how much there is to experience. The number of castles for example. With over 2000 castles and chateaux, it’s the highest number per square kilometre of any country! These reflect our country’s complicated history. After all, ruling families from around Europe settled here, and the seat of the Holy Roman Empire was in Prague in the 14th century. I like visiting the castles and there is never enough of them to see.

“And what are the things you don’t like about your country?”

“Would you like to live somewhere else? If yes, where? And why? If no, why not?”

Oh yes, there are many places I would like to live in. I believe that having a chance to travel a lot and settle somewhere else for at least a year should be a must for everyone because that´s the way we can learn about others. If I had to mention only one place to move to, it would be India as I have been touched by this country ever since I was a child. In Europe we are slaves of money in a way. In Asia life is somehow different. People concentrate on feelings, social and family bonds more than on material aspects of life. And that is what fascinates me. The freedom of life there.

“What should someone who visits your country do and see?”

Of course people should visit Prague – our capital, and all the places it offers like Old Town Square, St. Vitus Cathedral , Charles Bridge, Lesser Quarter, Castle District and so on. There are other towns which are very popular with tourists such as Karlovy Vary for it´s spa or Kutna Hora for its St. Barbara´s Cathedral but as I am more into the nature, books and not crowded places full of tourists, if a friend of mine would come over I would take him or her to the one of the most beautiful corners of the Czech Republic in Eastern Bohemia – the spectacular Bohemian Paradise. This area of outstanding natural beauty is notable for its many massive rock formations that seem to stick up out of the ground like so many giants, seemingly unsupported and defying all laws of physics. People love it for its stunning sandstone hills, natural bridges, and tall basalt columns and outcroppings.

And what everyone should do is to try the widest choice of beers we have. We even have beer spas 🙂

“And what should they definitely not do?”

I am really not aware of anything that shouldn´t be said or done, but I would recommend not to talk about politics or religion.

“What are your favourite meals of your traditional cuisine?”

I really love sirloin beef in cream sauce. It is considered the queen of Czech sauce-based dishes served with dumplings. The Czech name for it is svíčková (pronounced sveech-covah). For Czech families, this is a classic Sunday family lunch dish, since it is best when the meat is prepared and marinated a dayor two in advance.

Another dish I like is Rajská omáčka. A common dish which is a Czech tomato gravy served over a generous cut of beef – again with dumplings. Somehow it seems we are a dumpling nation 🙂

“And how about drinks? What drinks should we try when we visit your country?”

Beer of course! Famous for being the birthplace of pilsner, the country consumes more beer per capita than anywhere else in the world. Beyond pilsner, tourists can now find a variety of styles there – from dark, malty dopplebocks and porters to hoppy pale ales and unique amber brews which mix dark and pale styles. A few brewers have even gone experimental, throwing all kinds of fruits, spices, coffees and other nontraditional ingredients into the boil.

When it comes to non-alcoholic drinks, try Kofola. This refreshing Cola beverage is one of the Czech Republic’s most traditional and popular drinks. The origins of Kofola date from the late nineteen-fifties when the top politicians in the then Czechoslovakia demanded that a non-alcoholic beverage be developed and produced as an alternative to the unavailable western brands of Coca-Cola or Pepsi.

“How do you get around in your country? Do people use public transport or do they prefer not to? Why?”

Well, large cities operate a system of public transport using tram, bus, or trolleybus routes, in Prague there is a metro, too. People can purchase individual tickets for individual journeys, but if they plan staying for longer, they usually chose to buy the more advantageous day tickets, two day tickets, week tickets or even a long term travel pass. In some cities, people can buy tickets via text messages, in ticket machines at stops or directly from the driver. There are trains of course, and coaches, too, and I would say that people use the public transport a lot for going to and from work, going on trips or visits.

“Which artists of your country should we check out? (authors, musicians, painters…)”

A couple of excellent musicians and composers were born in my country. One of the most famous is Antonin Dvorak , the author of Slavonic Dances and of the symphony From the New World. Another famous composer Bedrich Smetana is the author of the Cycle of Symphonic Poems My Fatherland. Classical music fans probably know other Czech composers Leos Janacek and Zdenek Fibich. By the way, the famous song Roll out the Barrel was composed by another Czech composer Jaroslav Vejvoda in 1929.

A film director Miloš Forman is considered one of the most significant film directors in the world today. He received the Oscars for his films One Flew Over the Cuckoo’s Nest and Amadeus. He also directed a film version of the musical Hair. The famous Jewish writer Franz Kafka spent the most portion of his life in Prague. You probably know his best works Metamorphosis, The Trial, The Castle. Another Czech writer Milan Kundera reached the international fame by his novels The Unbearable Lightness of Being and Immortality. He got some prestigious literary awards for his work and he is acknowledged as one of the world’s best contemporary writers.

Do you know that the word robot is not the English one but has its origin in the Bohemia. In 1920 another Czech writer Karel Capek used this word for the first time in his theater play RUR (Rossum’s Universal Robots).

“What’s the best season for visiting your country? Why?”

It depends on what you want to see. In general, you can say that there are many places to see and events to attend in the Czech Republic at any time of the year. For instance, if you want to go sightseeing and visit castles and chateaux, you should come between early May and late September. If you want to engage in winter sports, then the Czech mountains are usually covered with snow from December to March. All other activities can pretty much be performed in any season, including walks in the countryside, rambling, biking, visiting spas or enjoying entertainment events and shopping.

“Tell us something about traditional activities, festivals or holidays in your area. Which do you enjoy most? How do you celebrate them?”

I believe that everyone knows roughly about how Europens celebrate Christmas or Easter or New Year. But have you ever heard about Young Wine Tradition? Well, every year, on St. Martin’s Day which comes on 11th November, at 11 a.m. sharp, perhaps every winery and restaurant across the Czech Republic opens the first wines produced that year – the young wine. Because of the date, the wine is also called the St. Martin’s wine. The St. Martin’s tradition is very similar to the French Beaujolais Noveau. However, the Czech ritual is much older. On this occasion, it is highly recommendable to eat St. Martin’s goose, goose liver, stuffed chicken, St. Martin’s cakes or special feast doughnuts.

“Where would you like to travel in your life? Why?”

There is quite a lot of places I would like to see. For example the Hagia Sophia in Istambul, Collosseum in Rome (I have been to Italy but never in Rome itself), the Great Wall of China, Machu Piccu, Victoria Falls, Grand Canyon… There are so many places one would like to visit just to feel the atmosphere of the place, to talk to locals, to try their food, to see the common life…

“Most of my readers are from Germany and Austria. What comes to your mind when you think about these countries? Are there any stereotypes about Germans or Austrians in your country?”

I believe that Germans or Austrians love rules and at some point I admire them for that. They love footbaal and beer and dumplings 🙂 (as much as we Czech do) but sometimes they are quite distant to my taste.

“What do you think: Which stereotypes exist about your country and its people? Are they correct – at least partly – or not?”

Haha. Yes, there are many stereotypes about Czechs and I would say we are proud of them 🙂 For example many Czechs wear socks in their sandals, which is considered to be a big faux pas but we don’t care 🙂 We just don´t want to sweat directly into our shoes. And no, not every Czech is an alcoholic (even though we love beer and wine a lot and beer if often cheaper then water in the restaurants). Not every Czech is a thief but every Czech is a musician, that´s for sure. And we have “golden hands” which means we are great craftsmen and engineers.

“Your dreams for the future?”

All I wish for is to be able to travel more. 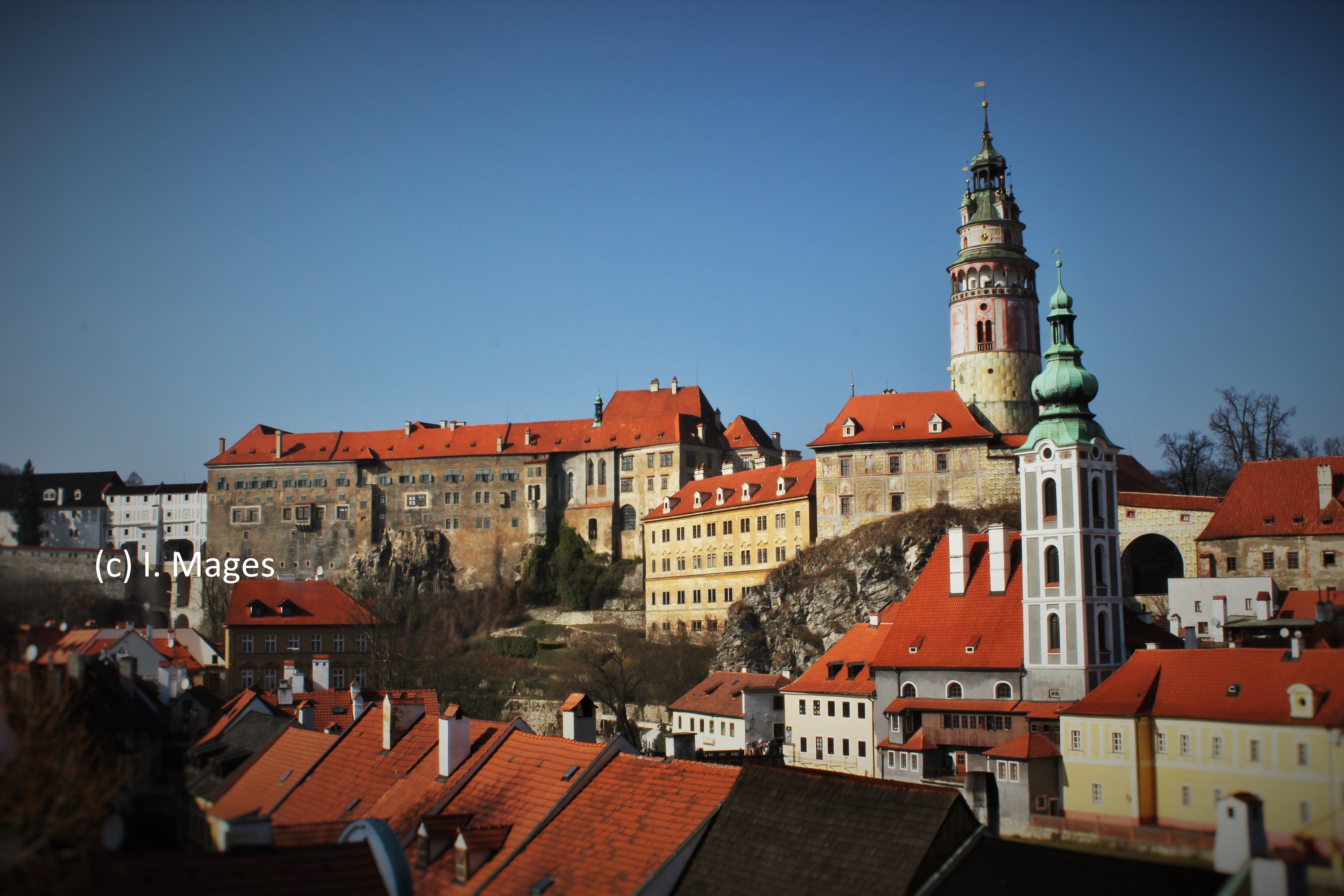