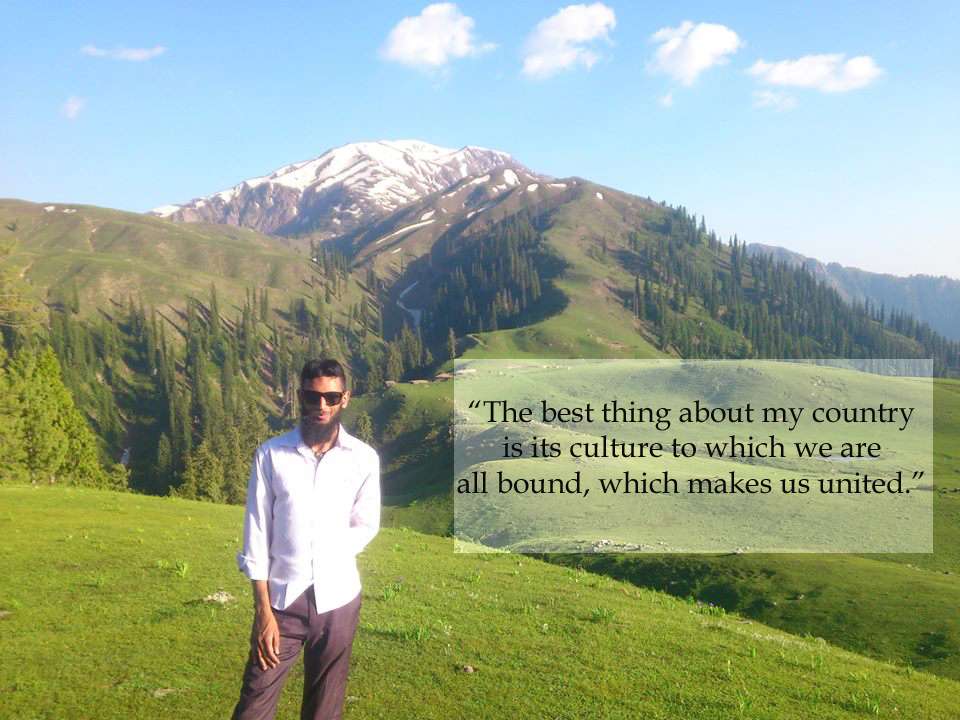 I am living in Rawalpindi, the city next to Islamabad the capital of Pakistan. Life here is good. There are all kinds of people you can meet here, from all across the country, there are Pathans how speak Pushto, all kinds of Punjabi people. Many people from the country come here to live and earn money, so you would find almost all of them here. Living among such diverse people can make you learn a lot of stuff. This is the specialty of this city.

What I like most is the food and the people who are friendly. When I go out one an ordinary day the streets are full of foods and restaurants, there are 2 cricket stadiums and a lot of enjoyment for the kids. This is what is special for me, for those who are parents they have a lot of places to go to. A person would spend a wakened there travelling to parks and art museums. Teenagers would love to go to the cinemas which are quite in abundance in Rawalpindi.

There is a lot of public transportation, so no one will get lost even at midnight. I love to live here. It has its own charm. It’s a complete package of a city with all kind of facilities of transportation entertainment medical and educational. One feel safe and peaceful living here.

The best thing about my country is its culture to which we are all bound which makes us united. The families are all together, even I live with my parents even I’m married and have a kid, we live in the same house with our aunt and uncle like a combined family under one roof. The best thing is that this country keeps its culture alive, no matter how the techno people get, they do not forget who they are and what their culture is. They feast together, celebrate as one unit as a family. The festivals that we have here is what I also like, as it is an Islamic State the two Eids that we have are celebrated as a part of our culture.

And what are the things you don’t like about your country?

The thing that I do not like about my country is the politics. The leaders are not doing their job correctly. There is an abundance of resources which is not being used, just because of the people who are in power. One other thing is that most of the cities and streets are not well paved. This is the one thing that many Pakistanis have to cope with. No proper sanitation, I would say. The sense of cleanliness is not there in the people or in the authorities, this is what I hate.

I would like to live in Lahore and Chitral. Lahore because it has the historic aspect of our country. A lot of historic places and buildings. You would find the Old Pakistan there and Chitral is in the northern areas of Pakistan, snowcapped mountains and high peaks and rivers and streams of blue water with fresh fruits.

Each and every province has its own unique Food historical places parks museums. One must visit Naran and Kaghan to see the nature magnificence. One must visit Lake Saif ul Maluk in Naraan and Shahi Qila in Lahore.

Well, as it is an Islamic State it would seem very awkward if they (women) wear shorts.

What are your favourite meals of your traditional cuisine?

One of the most favorite of the Pakistanis is the “Biryani”. The rice cooked with chicken with all those spices which give away the Pakistani taste of the dish.

The most special drink is the sugar cane juice. It is the national drink. You will see almost at every bus stop or public transport stop there is a person who sells the sugar cane juice. There is one drink that is called Lassi, the drink made with yoghurt and sometimes with milk and yoghurt mixed. These two are the best and delicious and are a part of the culture.

Which artists of your country should we check out? (authors, musicians, painters…)

We are art lovers. We are blessed with brilliant writers, authors, actors and musician. Fawad afzal Khan is a brilliant actor who is working for national TV. He is a global icon. Muneeba Mizari is one of the best painters. She can’t walk, she is disabled, but she is blessed with amazing art of painting. Abdul Sattar Edhi is running one of biggest social network of helping needy. One must meet them.

How do you get around in your country? Do people use public transport or do they prefer not to? Why?

Most people prefer to use the public transport, but there are also many you would see have their own motorbikes and cars. The vans and buses are the best means of transport in Pakistan.

What does your ordinary day look like? Do you think it’s a typical everyday’s life for people in your country?

A typical day in every person’s life in Pakistan starts with a healthy breakfast, tea with some Parathas (oil cooked tortillas) or Lassi. Unless I get a heavy dose of this, the day feels dizzy. The people who are at jobs just go on time and are back at home in the evening. The bazaars the markets are open at 9 to 11 am and remain open till late night. On an ordinary day one would see the bazaars full of men and women shopping for groceries and stuff.

An ordinary day for a student is going to school and then returning back at home, have lunch and then again go to a tuition center where they study the homework, it’s more like an evening coaching class. You would see there are many tuition centers in a street where a housewife will take out time in the evening to teach the children and earn money.

The day ends with all the family members together at the dinner table, watching TV together usually the 8 PM TV dramas. It’s more like a part of Pakistan now that almost every house has this routine. The day ends with a good sleep.

What’s the best season for visiting your country? Why?

The best time to visit my country is from February and July. The spring is almost starting by the end of February. This is the most perfect time to be in almost any part of the country besides the Northern areas that are the mountains. If a person’s is interested in beauty, to see the real natural beauty of Pakistan, the Northern areas then June, July and August are the months for that. September October and November are for travelling in the provinces like Punjab, Sind or Baluchistan.

The main traditional activities are Eid festivals these are also holidays, the spring festival with the name of Basant where people fly Kites, on that day you would see the sky filled with all sorts of kites.

There are many regional circuses, national horse and cattle shows, the Karakoram car rally.

The main holiday is of the Defense day of Pakistan and Independence day.

The Eid, the religious festival is the one that I enjoy the most. We have two Eids, Eid ul fitar we celebrate after Ramadan by meeting our friends and relatives. We wear new clothes. Girls apply Henna on their hands. We offer Eid Prayers. Children get Eidi (it is the most exciting part of it, they get Eidi which is currency, elders give money to the children on this day of joy for their enjoyment it this money is called Eidi). Sweet dishes are made on this day. The second is Eid ul Azha which is celebrated in the same manner but on this Eid we slaughter animals and gave meat to the relatives and the needy people. These 2 festivals are the ones that you would see the entire country engaged in with enthusiasm.

Most of my readers are from Germany and Austria. What comes to your mind when you think about these countries? Are there any stereotypes about Germans or Austrians in your country?

When it comes to Germany I think of the Football team and Hitler, no other thing comes in mind. And there aren’t any stereotypes, not that I know of. Whenever I think about Germany and Austria, I think about powerful economy beautiful landscape and multi-cultural societies.

What do you think: Which stereotypes exist about your country and its people? Are they correct – at least partly – or not?

The stereotypes about my country vary from region to region but mostly people think we are background and we tend to promote extremism which is not the case.

I would change the streets. In the 90’s the streets were not concrete, the streets were laid with bricks and it was what made those streets clean. Now with the sanitary system not so good, water does not get absorbed in the earth and there is too much land pollution in the days of rain the monsoon season (between end of July and August).

Your dreams for the future?

To earn enough to help others, family especially. Traveling to Europe, is one of my dreams. 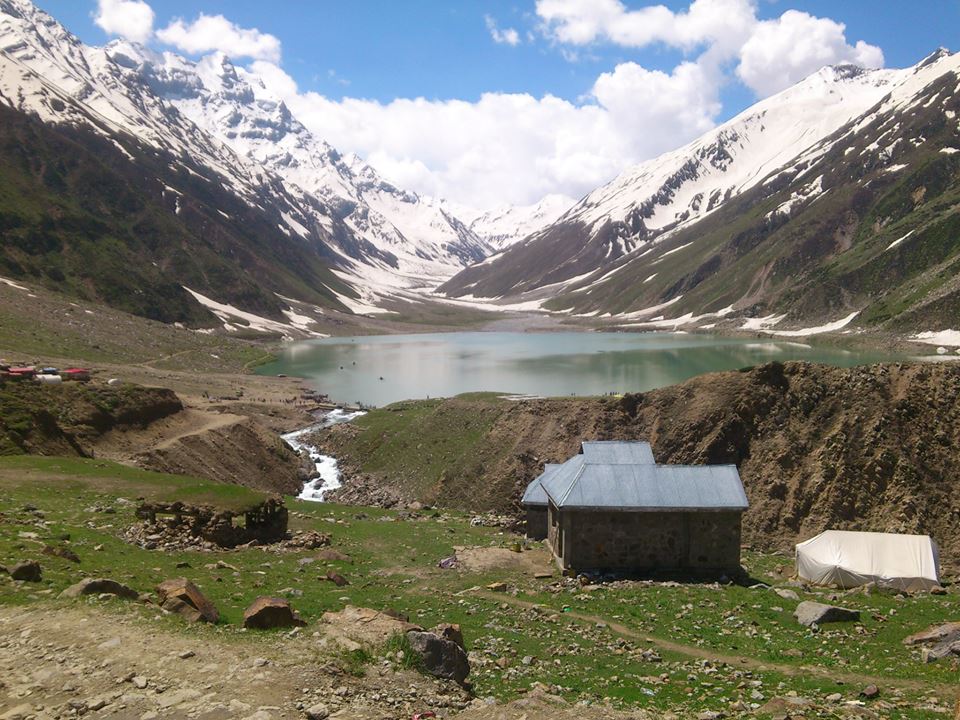